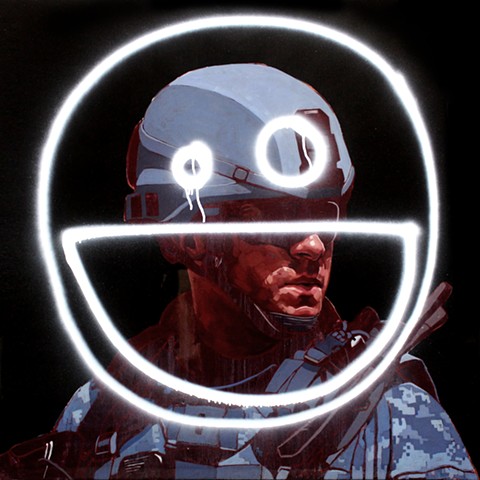 Everything is fine is from a body of work titled Terms of engagement. This particular series features subjects taken from the military or from the federal police. I have deliberately chosen references that have either their mouths or eyes obscured, to emphasise the ambiguity of the subject. Playing with alternative perceptions of authority, I have taken what are popularly seen as signifiers of security and protection and recast them as signifiers of threat, surveillance and domination. On top of the original painting, I have vandalised the image with a smiley face. This device, along with the title, obscures the menace of the subject depicted beneath.